Interior​
The interior is in good condition and the front seats leather were refurbished on 2011.


Exterior​
No record of exists of when the paint was last redone so it may be original to the aircraft. It's in fair condition.​
Aircraft Maintenance / History​
The prior owner of the aircraft believed that the aircraft was damaged in a storm back in the​
early 80's. No repairs can be found in the logbooks and no record of damage could be found in the FAA​
records. The buyer is expected to pay its own due diligence to determine whether this is the case. The​
aircraft is sold as-is, where-is.​
 Annual Inspection complied with June 2014.​
 Compressions at last annual: 73 / 70 / 66 / 60 / 70 / 67​
 Part 91 207(d) ELT Battery Replacement complied with June of 2014.​
 Part 91 411 Pitot Static Check complied with: April 2013.​
 Part 91.413 ATC Transponder Check complied with: April 2013.​
 Completely new exhaust system recently installed. 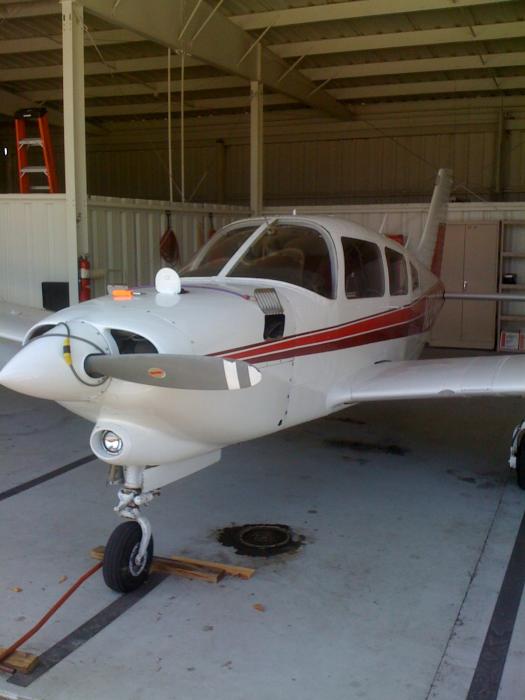 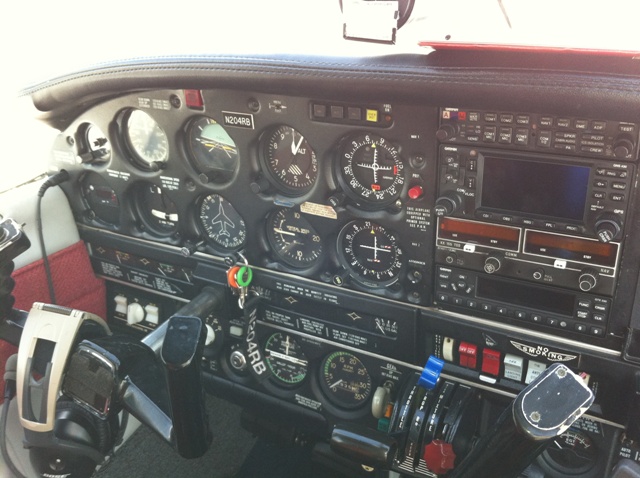 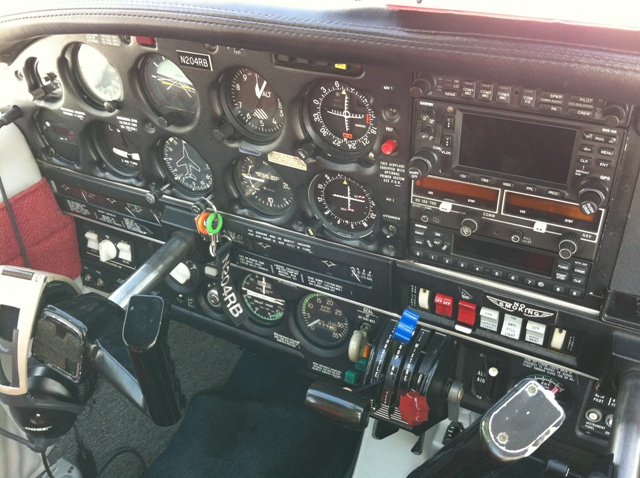 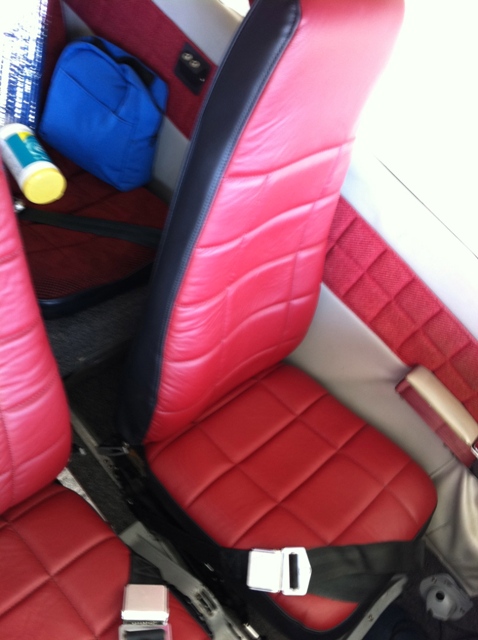 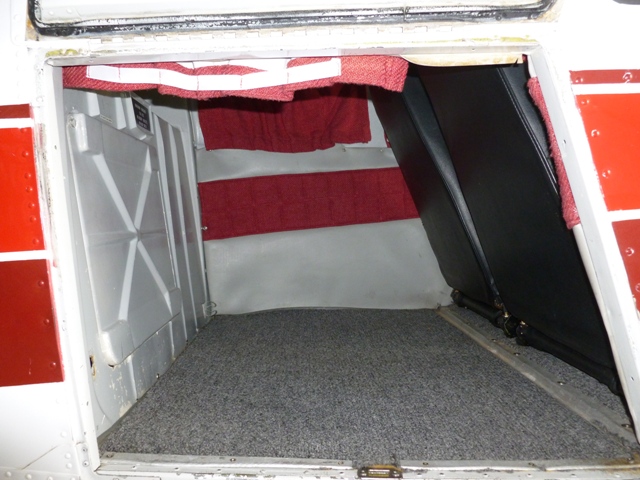 The prior owner of the aircraft believed that the aircraft was damaged in a storm back in the early 80's. No repairs can be found in the logbooks and no record of damage could be found in the FAA records. The buyer is expected to pay its own due diligence to determine whether this is the case. The aircraft is sold as-is, where-is with all faults, damage, corrosion or a history thereof that may exist.

Interesting statement in the listing you don't see often like this one.

Off the books repair by owner? It appears to me this airplane collected a lot of dust

Yeah, the damage disclaimer there is unique. We don't see any record of damages at FAA but thought we'd be sure to disclose the possibility of them. In reality though, all aircraft sales are "as-is, where-is, with all faults that may exist at the time of closing," so we're not suggesting that this sale would be unique in some way. A buyer is welcome to pay their due diligence and either accept or reject the aircraft based on their findings. If the possibility of damage both hidden or disclosed is a concern... Piper would LOVE to sell you a new Archer for $350,000! Please feel free to contact me with any questions about the plane.

mdjezierski said:
Off the books repair by owner? It appears to me this airplane collected a lot of dust

Ha Ha Ha! I was thinking the same thing! I'm sure Don could fix her up nice, like he does mine.

I'm sure you have concerns but I think that before any jumps to conclusions are made one must look at all information. All repairs were completed to FAA standards. The aircraft has no damage history. Records are clean. The aircraft was subject to weather damage, per the owner, and therefore the insurance company apparently had some issue with it in regards to the cost of repair needed to bring it back to working order, this is reflective of aircraft time, as it was not flying for some time. Title of aircraft is reflective of this damage and insurance company input. However, all repairs are documented appropriately. In regards to low cylinder pressure on two cylinders, pre-buy will be sure to have corrective action taken. We are looking for solid offers and when she sells, we will update post. Thank you everyone for your interest.

Just my 2 cents here, but sincerly... stating that "The prior owner of the aircraft believed that the aircraft was damaged in a storm back in the early 80's" doesn't seem all that honest if I were to buy this plane without any advice... It sounds somebody is trying to hide something here.

But come on... apart from the aggressiveness of the seller believing you won't ever go get your $350k Archer instead, the whole catch here lies in the "believed", ain't it so ???

Available is a complete production list of all but 6 airframes, all identified with s/n, different registrations, accident history, etc, should anybody need it.
Perhaps more than half of them have pictures linked to the s/n, N204RB in different stages of life included.

Also included in this list is one particular Argentinian assembled turbo Arrow III with, again, unrecorded repairs. That plane suffered 2 different accidents, and for the second episode it had $350k Archer wings and stabilator modified to fit the Arrow (!!!).
And for the untrained eye, that Franken-archerrow looks pretty good: check it out here.

I started collecting information on turbo Arrows almost a decade ago, when in my own search for a turbo IV, and exactly because of situations like this, when the true history of a particular airframe was "forgotten" on purpose. Curiously, some of the prospected planes I tried then, being sold as "perfect", "low time", "always hangared", "dry country", etc. flew almost sideways.

2) Interior is not original either, though this wouldn't make much difference.

3) Should the owner of N204RB be the same since the early 80's, or even be the second owner after that, he should disclose that this airplane had an issue @ KDPA/DPA Dupage (Chicago/West Chicago, IL) in JUL/1983. Believe it or not, there are pictures of this event on a couple of different websites on the internet, Facebook included.
And the pictures lead to believe the storm seems not to have been of the "some light hail" type.

There was not that too much damage, but still some serious damage (probably due to the severity of storm), which correctly repaired should represent no problem at all.
Landing gear, flaps, wings, stabilator, tailcone were all affected as can be seen in the pictures.
Honestly declaring the true damage history would, believe it, be better than omitting it - especially if the repair has been correctly done.
But then again, "believing" in something is totally different from "knowing & omitting". What a nice, innocent, creative & unique disclaimer - for a unique sale...

But what really surprises me, looking at the pictures and where the incident occured, is that the whole situation has not been recorded by the FAA.
And for the amount of damage, it is really suspicious someone would not log the repairs to the plane's books.
Which in turn makes people not believe what the true quality of the repair was.
"Clean records" and "no damage history" is not honest at all to what this plane really suffered - just take a look at the pictures.
"No damage history" doesn't mean the plane had no damage.
"No damage history" + "known damage" + "no records for the damage/repairs" means someone is trying to hide something.

Paying due dilligence to inspect a "where is /as is" airplane doesn't mean one will have a safe, honest and clean buy - even if it is the minimum a serious buyer is expected to do.
Believing all sellers to be honest and serious is a different thing.

Stating Piper charges $350k for an Archer doesn't help either: the market offers other 1977 turbo Arrow III options. Even some with honestly recorded - not believed - damage history in the 80s too.
Finally, it is to believe a $350k Archer has not suffered any sort of accident/incident.
This sounds like used car small talk to me.

So much better would the world be if people would't try to take advantage of other people's innocence.

Even if the prior owner "believed" in fairytales, I don't think he still believes them.

Note to self: Nondisclosure of known previous damage is at least misrepresentation, if not fraud, and is criminal in some states... 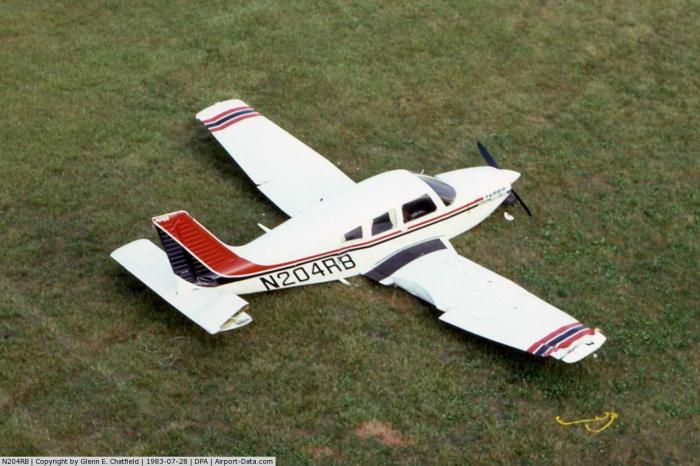 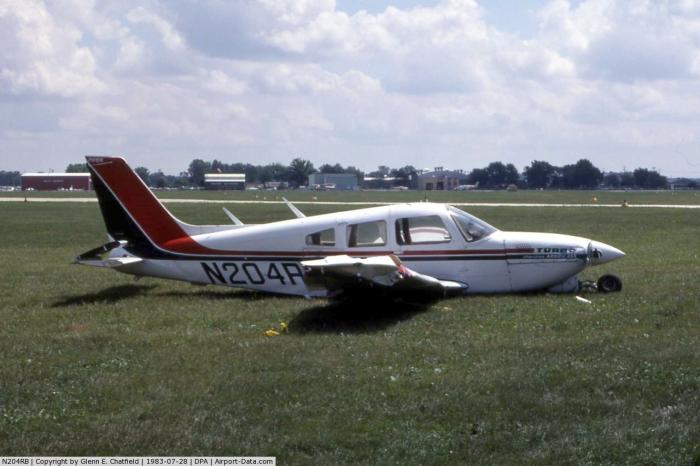