1965 PA32-260 "Cherokee Six," S/N 32-181. This is a clean WAAS IFR equipped aircraft that is a good heavy hauler, has docile flight characteristics, and has wonderful performance. The Cherokee Six is often referred to as a "flying SUV." This one carries 1525 lbs and cruises at an honest 155 mph on 13.5 gph. N3342W has been with it's current owner for over 5 years, and is hangar kept. The current owner is an A&P and has spared no maintenance. His wife doesnt fly so the plane has to go. His loss is your gain.


The exterior of N3342W is in good condition for a 40 year old airplane. She does show some very minor hail damage, a hint in the thin skins; an area of the stabilator and the wing control surfaces (difficult to see). The fiberglass cowling is beginning to showing its age and has developed a few surface cracks, typical to the PA-32 family. The paint is glossy and over all in good condition with the exception of the typical up-close small nicks and dings that might be found on ANY airplane. Id call it a nice 50 foot paint job.

N3342W's interior is wonderful condition, with updated camel leather high back adjustable seats and two tone camel and grey side panels. Middle row seats are forward facing and are removable like the rear seats. The fabric portion of the headliner is a light tan color and is in good condition. The carpet is fair and could use updating. All ADs are complied with and shes very airworthy. Logbooks for this airplane are complete since new.

The engine is very strong and was rebuilt 200 hours ago due to a mandatory crankshaft AD. Lycoming installed the new crankshaft and also replaced many internal items, the wiring harness & fuel pump. Blackstone is reporting a perfect bill of health in the oil analysis. Oil analysis reports are available for the past 5 years.

N3342W does have a history of damage in her early years (1966 and 1969), that involved mishaps related to the landing phase of flight. Repairs were very professionally executed and are not noticeable. By following the links below, you can read up on the NTSB's report of what happened. http://www3.ntsb.gov/aviationquery/brie ... 4563&key=0 http://www3.ntsb.gov/aviationquery/brie ... 3560&key=0 Both of these incidents were far in N3342W's past, and shes been flying very well for decades since.

Hmm. That's not a "Wife wants it sold" price? Looks like somebody wants to actually sell it Nice looking bird, good luck with the sale.
J

Welcome to the list Rick, stick around it's a good bunch
C

bartmc said:
Hmm. That's not a "Wife wants it sold" price? Looks like somebody wants to actually sell it Nice looking bird, good luck with the sale.
Click to expand...

Mine must be the runt of the litter as she usually only makes 125kts at my normal cruise around 65%. 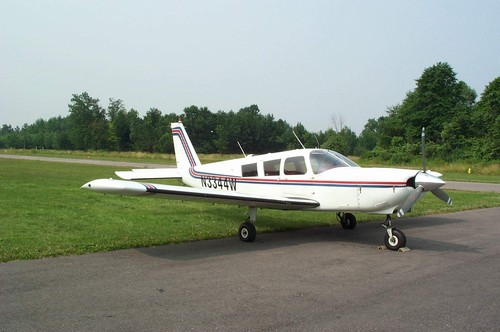 nice...put some wheel pants on it and have the flaps adjusted up to -2 deg. You'll see 4-5 knots more.

Oh, and make sure your rudder trim is neutral while you're cruising (ball centered)....that can cost you 2-3 knots. Ask me how I learned that one. :shock: