I'm Baaack.. This is Robin Thomas, back after a 3 year absence. 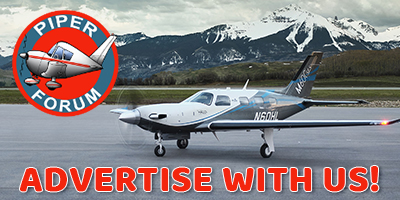 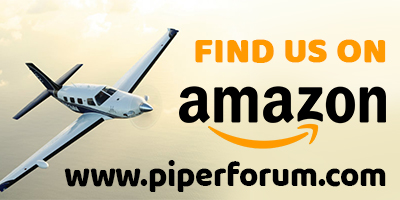 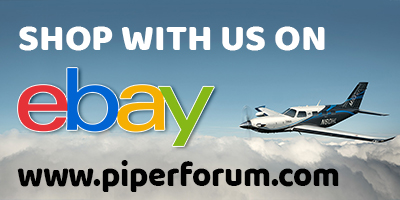 BACK IN THE SADDLE


I have almost completely recovered from my broken back suffered in June 2016… the complications have sidelined me from then until now. I was in too much pain to be able to function. I am now pain almost free and ready to work!


Fortunately our sister company, Power Flows Systems inc.has been able to cover us for all operations during my absence, under the very able direction of Darren Tilman. All orders have been manufactured and delivered and sales have been ably handled by Jim and Darren and “Rocks”.(Rocks is our new technical sales person, and that’s the name he goes by.)


That’s the short version. For those of you who want to get to know me a little better… here’s the full length one.


I started to learn how to fly in Mexico City in 1963. It all began because my best friend Mel called me while I was at the office one day, and said “Robin, you should learn how to fly, you’ll love it” I replied “Mel be careful, you’ll kill yourself”. But in any event, I started lessons a week later with a small flight school, with one instructor (the owner) and two planes, Cessna 140’s.


I was a young executive, working for a medicinal company, and making more money than I needed. I had a Porsche convertible, a lovely wife and a sailing dinghy. I was renting a small house in the city and a weekend cottage by a lake, 2 hours away by car. The idea of being able to fly there was appealing as the road journey was very tiring on a Friday evening after a week’s work.


I had a big jump start into flying, because, as a youngster, I designed, built and flew model airplanes in Argentina, where I was born. There were glider competitions there once a month, which I entered, and learned a lot. Then, when I was sent to school in England I carried on with my hobby, and got into control line and free flight diesel powered planes.


So when I first took the controls of the Cessna 140, my instructor asked where I had learned to fly! I took a break from my lessons for a few months when I ground looped the plane after landing. I had been asked by the tower to expedite getting off the runway, so I applied brakes hard, but only one worked! It scared me a bit.


When I finished my course, and was ready for my license… there was just one problem. I needed a certificate of education, and my masters degree from Cambridge University would not do, because it was in English… It took a while to get an official translation. So by the time I actually got my certificate, I had flown 55 hours.

My friend Mel and I leased a Cessna 170B so we could go on weekend trips. A few weeks after we started doing this, we crashed it. We had gone to visit the archaeological ruins at Tuxpan, in the state of Veracruz. Archaeological trips were something I and my wife were really into, and and they made excellent destinations to fly to. For one thing, they were easy to spot from a distance, so they made flying by compass easier! To get to the Gulf coast, we had to cross over the Eastern mountain range, and we had to fly over a cloud layer.


After we crossed it, and we could see the terrain again, we were able to descend to the coast. We missed our target by a few miles, but turned left at the coastline and made our intended airport without any problem. After visiting the ruins and overnighting we returned to the airport to go back to Mexico City, only to find that they had run out of fuel. We were able to get some premium autogas nearby, and knew that the 170 would fly on it, as it was commonly used for all bush-plane flights in Mexico. By siphoning, we were able to get all the avgas in one wing and the autogas in the other, just to be on the safe side.


So we took off on the Avgas and crossed the mountains into the Valley of Mexico, looking around to find a landmark to get our position. But there were none that we were able to recognize, and by the time we should have arrived, we still had no idea where we were. Eventually, fuel needle on the tank which held Avgas bounced against empty, so we decided to switch tanks. I turned the selector to the left, but it got stuck halfway, and could not be moved. Mel managed to get it pointing at the tank which was nearly empty and we started looking for a place to land.


The terrain there was relatively flat, but was dotted with rocks everywhere. Finally, a twisty dirt road, appeared underneath us. There was only a short piece of straight road there, with a ravine on one side and trees and rocks on the other.


Having pulled carb heat and full flaps, we were on short final when a farmer joined the road ahead of us with a herd of cows, forcing us to go around. The terrain altitude was over 7000 feet above SL, and with half tanks and four plus baggage on board, the plane would not climb. (In hindsight, we should have pushed the carb heat forward, leaned the mixture, and bled off the flaps.)


We could only maintain altitude by sacrificing airspeed. But we limped around again and arrived at our landing spot, level and with full power on! However, there was a tree in the way. To get over it, I bounced the plane off the road, over the tree and plonked her down, coming to a stop within one hundred feet after passing the tree! The airspeed indicator had been showing between 30 mph and zero. No-one was hurt. Thank you, Cessna, for making such a forgiving plane! I have flown many aircraft since, which would have gone into an inverted dive if you pushed them that far!


That was a turning point for me. I realized that I had made a lot of mistakes. Among other things, my marriage started to come unraveled. When I called my wife and told here we had crashed, and she said “I hope you didn’t hurt the pyramids”. I was a little miffed that she cared more about ancient stones than she did about me.


It took many months to fix the plane, as the landing gear had collapsed, causing both mains to end up on the left side, a large dent in the left wing and a damaged prop. It cost $2500 to fix.

We had hit an organ cactus with our left wing tip and that is what turned a hard landing into an accident.


Being young and impatient, I bought another plane, my Lockheed AL60B. It had only 400 hours since new, but hadn’t been flown in a couple of years. The plane had been built in Mexico. and belonged to the Mexican military. I think they only built 50 of them, all delivered to the military. The Mexicans were very proud of having built a plane, and it’s inaugural flight took place at Mexico city airport with the president in attendance. They filled the plane with 6 generals, and roared off. However, they made it to the departure end of the 7000 foot runway without breaking ground. It simply did not have enough power at that 7340 ft. altitude and a density altitude of close to 11,000 feet. After that ignominious start, the planes were fitted with turbochargers, and that particular problem was solved.


But other problems were created. The engine’s fuel injection system responded instantly to throttle input, but the manifold pressure would take a few seconds to catch up. In the meantime, the engine would flood and stall. Don’t ask me how I know!


My next accident was with the AL60B was on approach to a very small strip called Caleta de Campos, on the west coast. It was a tiny fishing village north of Zihuatanejo, and we were going there to buy lobster. My new business was buying seafood on the coast and flying it to back to Mexico City where the prices were much higher. The only approach to Caleta de Campos was over the ocean, with a prevailing tailwind, and the strip was 1000 feet long. First, I leveled off at 1500 feet above sea level to test throttle response. I leaned to where the engine would accelerate smoothly, went out over the ocean and initiated my final approach. The settings were, 60 mph indicated, 20 inches of manifold pressure and mixture untouched. We descended at about 500 feet per minute, in smooth air. But I noticed that I was a little below my ideal glide path, so would be hitting the cliff instead of the runway. I had to increase the throttle a little, so I gave the vernier two quarter turns to the right. Just like that, the engine quit. I was too close the cliff to be able to do anything except pull the control wheel back and hope.We hit hard just over the top of the cliff.


Fortunately, we only demolished the nose gear, the prop, the engine cowl and flattened the tailpipe. We got back to the city, spent a few days collecting the parts and a mechanic, rented a 172 and took off to retrieve the Lockheed. It all went as planned. By this time, I had about 70 hours flight time! No-one had been hurt! I’m not sure that I knew the difference between courage and stupidity.