I just listed my plane on Ebay in case anyone is interested.


The body of the ad is as follows (A little "wordy"):grin:

They stretched the fuselage of the Cherokee 180 to the length we have today in the Archer, but they decided to call it a Challenger for one year. Its basically an Archer. This plane comfortably fits 4 adults while carrying full fuel and still remains inside weight and balance limits! The back seats can be removed (without tools) in about 2 minutes. This adds GREATLY to the airplanes versatility as it has a cavernous amount of storage without the seats installed. We can easily fit 2 full sized mountain bikes in the plane with the back seats out. We usually flight plan for 110 knots.

The engine was overhauled by Mattituck in 2010. This was a well known shop that did engine overhauls to the highest standards. The airplane has averaged about 60 hours per year since the overhaul (a perfect amount of flying to keep the engine going strong). The compressions at the last annual were 79/77/79/78. You cant get much better than that! The importance of buying an airplane with a strong engine cant be stressed enough. You dont want a plane with a motor that was overhauled at a no name shop. Those dont usually make it to TBO.

I bought this plane to teach my daughter how to fly. The video of her solo has been viewed about 400,000 times on Youtube. The plane is internet famous (just kidding, but you can get a good look at the plane by going to Youtube and searching Maddies first solo flight). There were 3 cameras rolling and you can see the plane in action from the inside and outside. I have other videos of the plane on my channel that you can check out too.

The paint on the plane was updated and a leather interior was installed. There is a Garmin 430 that works great for GPS approaches. There is an autopilot that holds a heading and can be slaved to the Garmin, but it works off the turn coordinator and is a little wobbly. I think an overhaul of the turn coordinator would fix that, but we have just been using it for VFR training so I havent messed with it.

The plane has a Garmin GTX 327 transponder, which will help with the ADSB requirements in the future.

The airplane has no damage history and looks great. There was a previous owner who lost the airplane due to financial difficulties around 2007. He refused to hand over the complete logbooks, so the logbooks had to be rebuilt from FAA records and records from the shops that had worked on the plane in the past. The person who bought the plane from the bank installed the new engine, interior, Garmin 430, etc. The airplane has been meticulously maintained for the last 8 years and has been hangar kept.

I recently installed two brand new tires. I had the fuel tanks removed and had the recommended Service Bulletin 1006 done where they inspect for corrosion. There was none present. We treated the area behind the tanks with Dinotrol AV8 while replacing all fuel supply hoses, vent hoses, gaskets and fuel tank drain valves. The battery was replaced with a sealed Gill 7000 series in 2016.

This is a rock solid airplane that is great for flight training, or just taking 4 people on a comfortable trip. We have thoroughly enjoyed owning the plane, but its time to go a little faster.

Please feel free to contact me with any questions. You are free to come look at the plane or have a pre-buy inspection done before the auction ends. 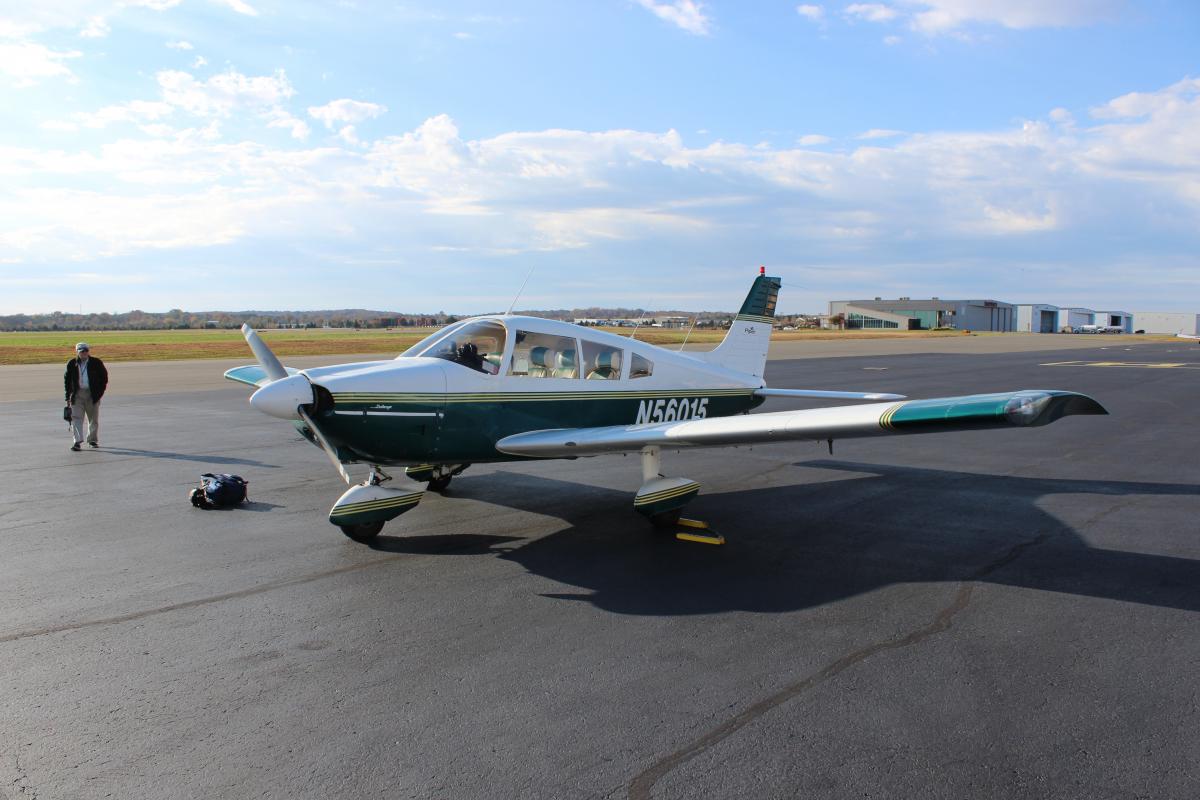 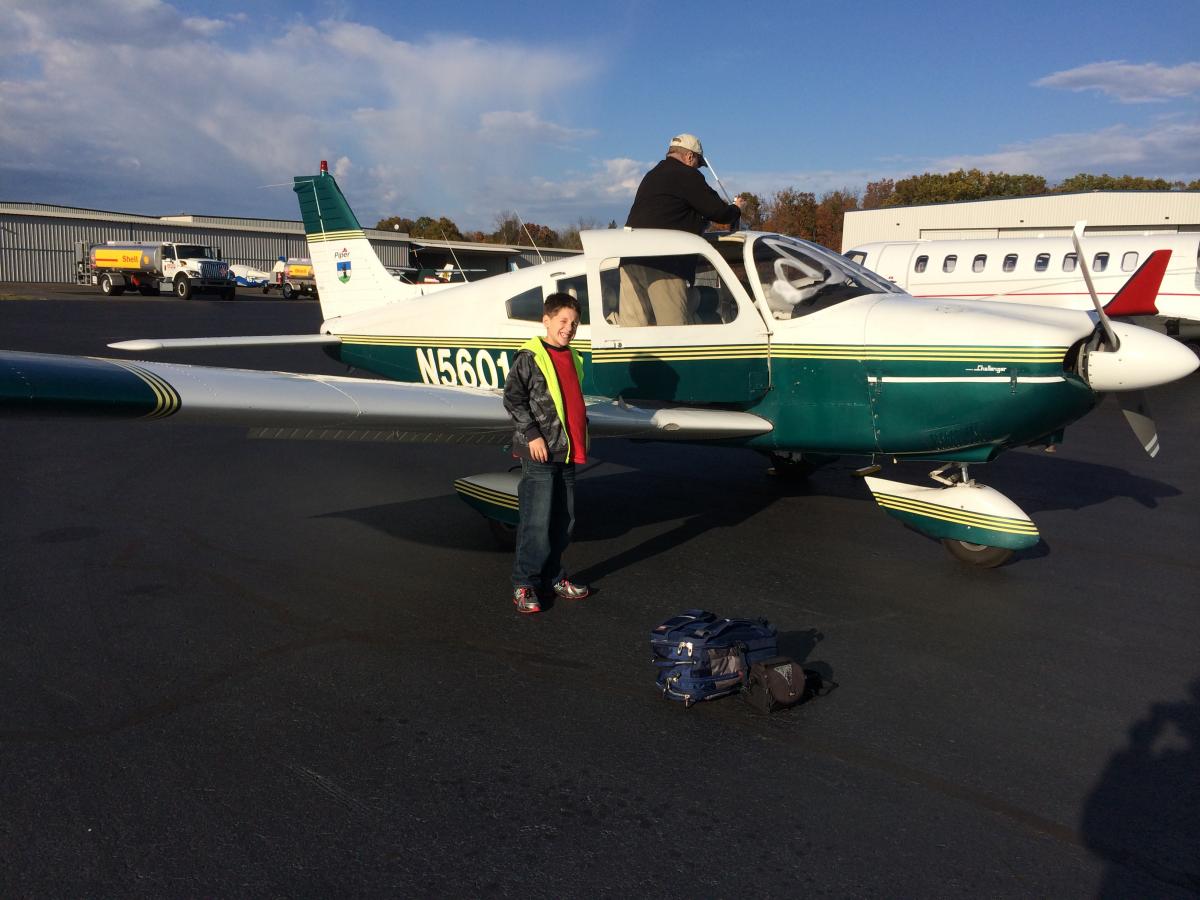 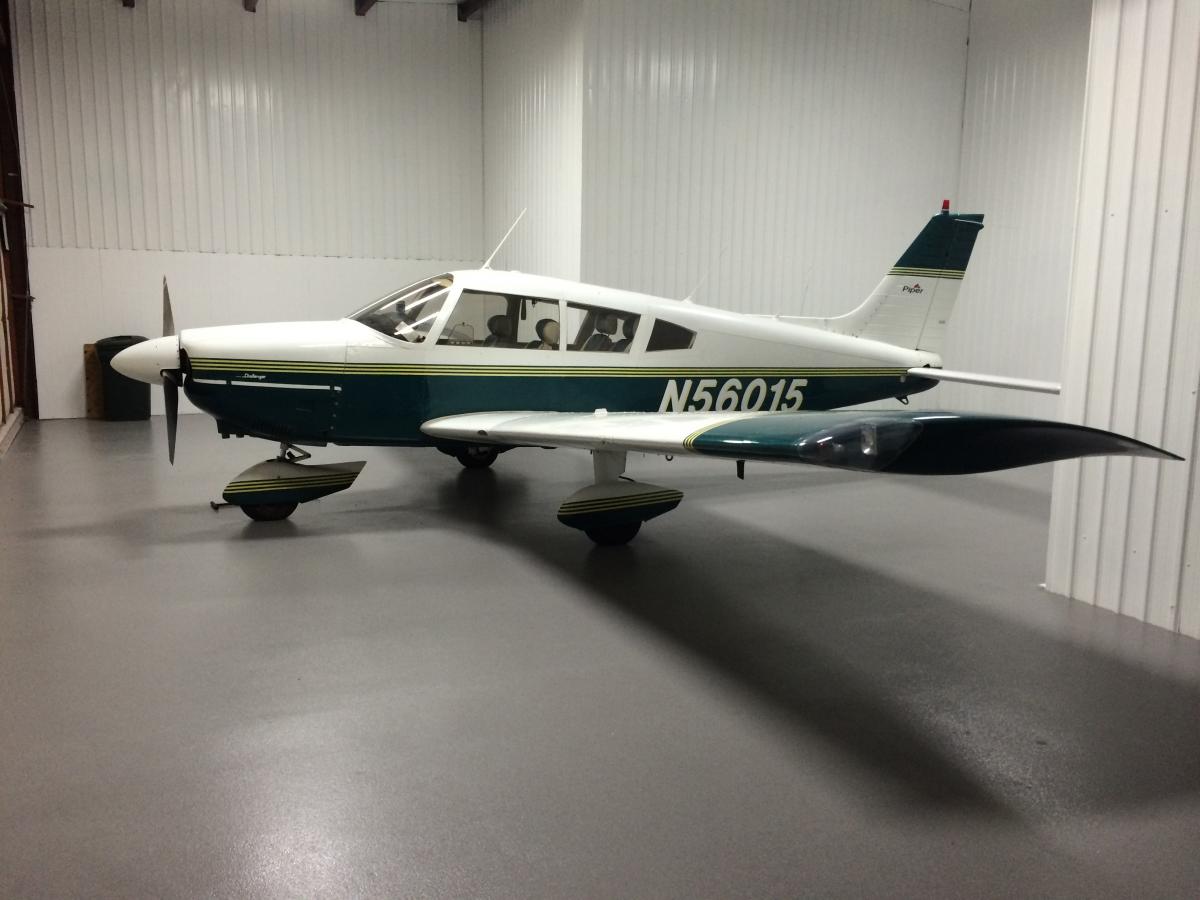 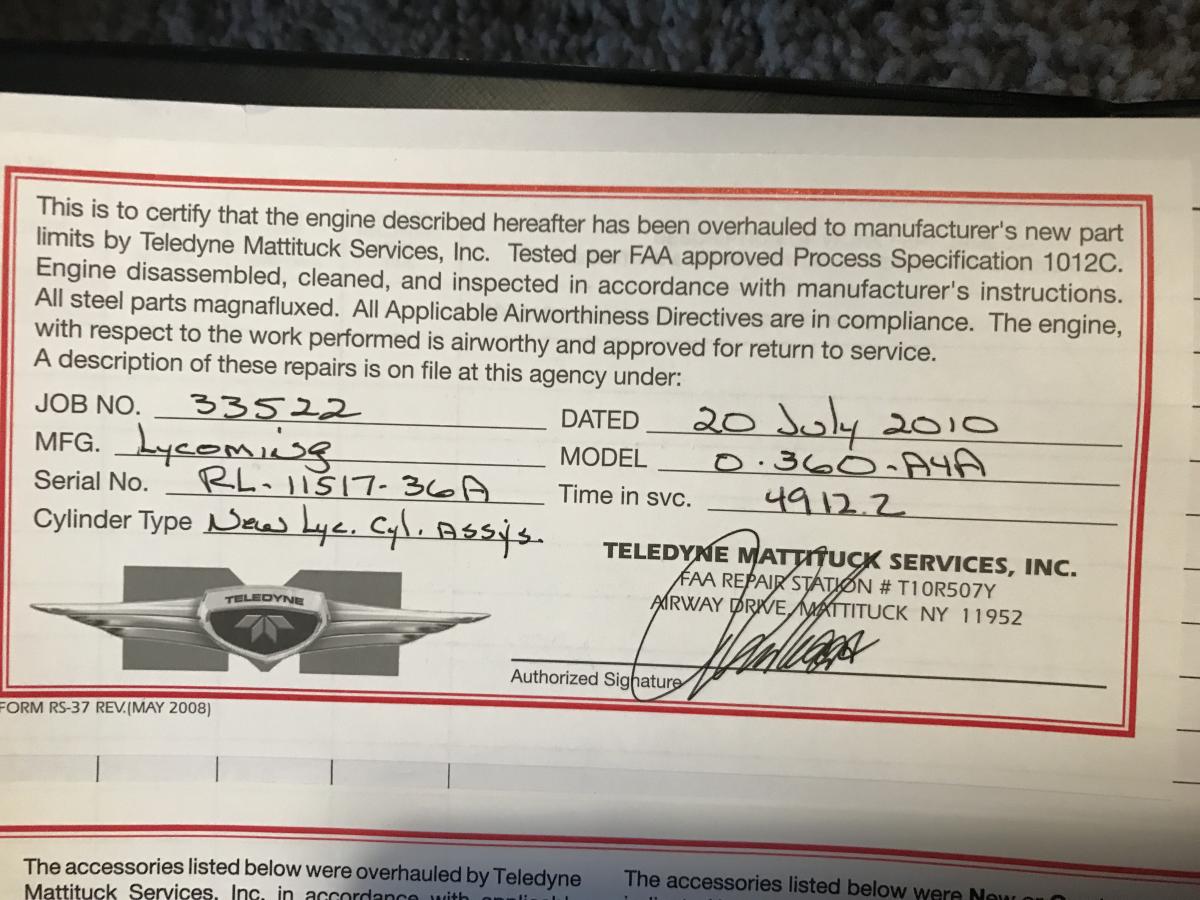 Wow. This one looks nice.

Just wondering why E-bay first? Haven't seen it on other sites yet.

GLWS. What are you moving up to?

Only on EBAY? Or do you have a direct sale price? I have a buddy looking but I doubt he will bid on it on EBAY.

hsegura said:
Only on EBAY? Or do you have a direct sale price? I have a buddy looking but I doubt he will bid on it on EBAY.
Click to expand...

I just decided to sell it today. I listed it on Ebay first, but I'll put it on other sites if it doesn't sell in a week. There's really no risk to bidding on Ebay. I had to pay $40 to put a reserve price on it and another $125 if it sells, but the buyer doesn't have to pay anything.

It's just like any other site, so I hope your buddy checks it out!

Just wondering why E-bay first? Haven't seen it on other sites yet.

GLWS. What are you moving up to?

We are looking at a couple of different options. Possibly a Maule so I can continue flight training, but pick up some speed.

I'm also considering a 152 for the kids and a partnership in a Bonanza for me!

What would be your asking price for it if listed on a traditional site?

bryris said:
What would be your asking price for it if listed on a traditional site?
Click to expand...

That's kind of like asking me to give up my "reserve price".

I'm going to see how the Ebay thing works out before I do that.

It is WELL below the VREF value for the plane.

It's a great plane that looks sharp. If it was 30 knots faster, I'd keep it forever.

Here's another photo for you. 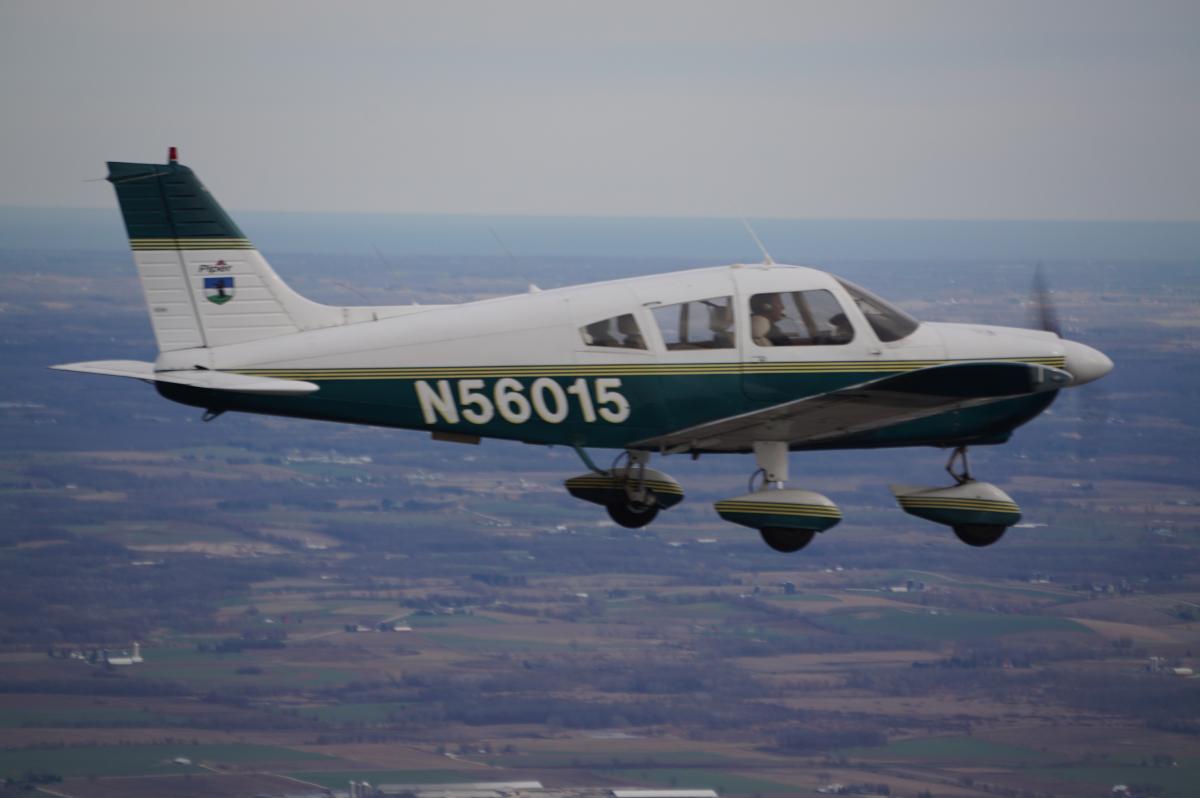 quinnjim said:
That's kind of like asking me to give up my "reserve price".

I'm going to see how the Ebay thing works out before I do that.

It is WELL below the VREF value for the plane.

It's a great plane that looks sharp. If it was 30 knots faster, I'd keep it forever.
Click to expand...

Fair enough. Usually when you put something for sale, you ask for a price. Pretty typical. But, in the context in Ebay, I get you.